Do you realise the panic that starts to set in when you haven’t had running water for more than 2 hours?  If you’ve been affected by the recent water crises in Birmingham then you probably do.

The headline on the BBC Birmingham & Black Country Page –

“’GRIDLOCK’ AS PEOPLE TRY TO GET WATER IN BIRMINGHAM”

Once again, this funny little Island we live in and call home, fails to deal with three or four days of freezing conditions and a mere 2 inches of snow. Oh how the rest of the world laughs!

The ‘Beast from the East’ came and went, then ‘The Big Thaw’. What next?… ‘The Cloudburst in Swanhurst.’

Last night, as Moseley and Kings Heath’s water was cut off, my wife and I thought to ourselves; ‘This is the end; we’ll surely die tonight.’ All because we’d not had a cup of tea for an hour. A hour later… ‘shall we go to the supermarket and get every ounce of water we can carry? No that’s a silly idea, people will have emptied the shelves already by now.’

Some people have not had water for three days. That’s a long time to go without drinking water, a shower or just a damn fine cup of tea.

The water is currently back on (thank you Severn Trent). Now the panic has subsided, it has made us appreciate something we take for granted everyday. Without running water we suddenly realise the huge importance of something so seemingly simple in our lives; something we can’t live without, that, when taken away from us seems to leave us helpless.

So let’s reflect people of Birmingham. What do you take for granted everyday? Maybe it’s time to start thinking about how lucky we are to have the little things in life and as Homer so aptly puts it, “Water, water everywhere so let’s all have a drink.” 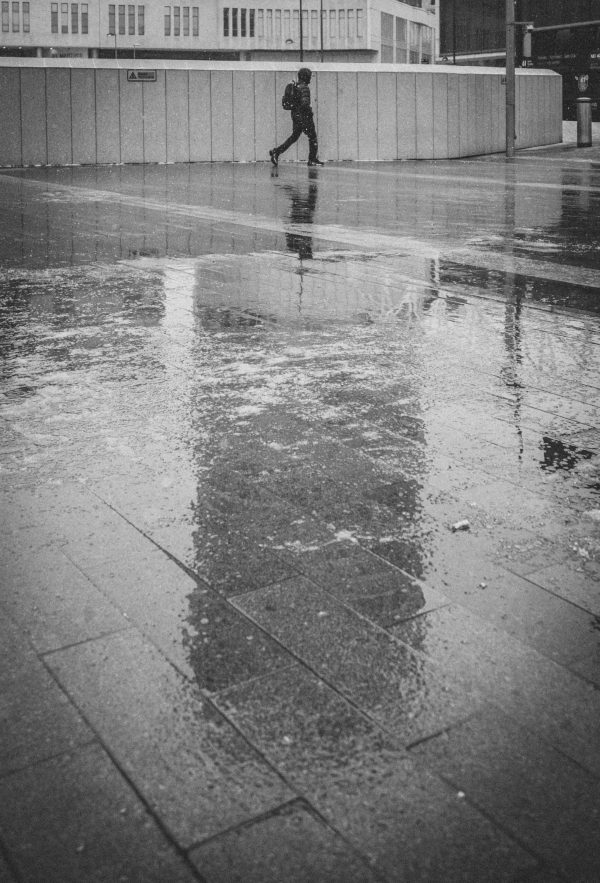 A wedding photographer based in Birmingham, England. Booking weddings and events across the UK for 2020 and 2021. Prints of all my work available to purchase, please use the contact form to get in touch.